Founded in 1932 by Bob Hoffman in York Pennsylvania York Barbell has been synonymous with the essence of weightlifting since its inception. The York Barbell Company and its legendary Olympic weightlifting team wrote a substantial chapter in the biography of weightlifting and equipment development. Hoffman preached that a stronger athlete is a better athlete. Practically everyone now acknowledges that he was right.

At one time I stood alone...

Our commercial strength and fitness ranges have been developed with over 8 decades of experience and knowledge. As pioneers of the fitness industry and weight training we are proud of our heritage and continue to develop, manufacture and distribute quality strength and fitness products that enhance athletic performance and improve quality of life.

York Barbell was founded in 1932 by Bob Hoffman who was a pioneer in the use of physical conditioning and strength training. He was the man most responsible for bringing weightlifting to the masses with his York Barbell Company.

Here is his story: 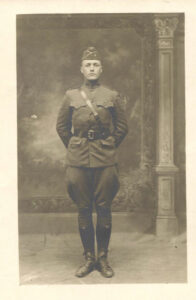 Back in the 1920’s, before gyms had barbells, squat racks or dumbbells, Bob Hoffman had returned from the battlefields of World War 1 and set up an oil burner business in York, Pennsylvanian, USA. Hoffman gained national recognition in 1927 when he won the national heavyweight championship in weightlifting and his interest in athletics and weightlifting prompted him make strength and fitness his life’s work. In 1932 he founded York Barbell and he started to manufacture weight plates at his oil burner factory.

Soon after Bob organised the “York Oil Burner Athletic Club”, where a group of weightlifting enthusiasts could train on the second floor of his factory. The club began making a name for themselves on the weightlifting circuit and from the 1930’s to the 1970’s, the York Barbell Club dominated the Olympic lifting scene with over 40 national championships and seven gold medals under there belt.

In 1932, Bob partnered with famous strongman George Jowett and began publishing Strength and Health magazine.The publication became the starting point for where Bob began his tireless work of educating America about the benefits of exercise and healthy eating; he even provided advice on youth fitness to Presidents Eisenhower, Nixon and Kennedy. He wrote books and articles that even today are widely regarded as offering some of the best advice available. As the magazine began to grow in popularity and York barbells became the industry standard for weightlifting competitions, the York Barbell Club became the strongest team in America. 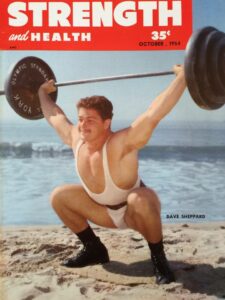 He was coach to the USA Olympic weightlifting team from 1948 to 1964 and was designated the “Father of World Weightlifting by the Olympic Weightlifting Federation for his part in the history and development of the sport. Bob’s official weightlifting club produced four decades of World and Olympic weightlifting champions such as Bill Good, Joe Miller, Tony Terlazzo, John Terpak, Stan Stanczyk, John Davis, Pete George, and Tommy Kono. Bob Hoffman guided weight lifting activities during the mid 20th century through his philanthropy and dedication to the sport.

It wasn’t just weightlifting that Bob was interested in though. As an advocate for clean living he played a defining role in the introduction of protein supplements to the fitness industry and he even developed the first energy bar in 1966.

At the time of his death in 1985, Bob had not only built up a world class fitness empire he had revolutionised the world of weightlifting and fitness. For that Bob, we raise our dumbbells to you. Bob’s life story and accomplishments are showcased in our Museum of Weightlifting in York, Pennsylvania. 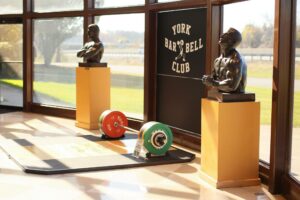 Today our commercial ranges are used throughout the world in professional sports teams, colleges, universities and gyms. Our Strength Training Series (STS) was developed for professional sports teams and strength gyms. Our range of racks, benches, platforms and machines are designed to be integrated together to provide a complete strength and conditioning solution. The Fitness Training Series (FTS) provides a light commercial option for controlled use environments such as schools and personal trainer studios.

Our world famous barbells are manufactured in our own factory in Canada from North American Steel and combine with a full range of weight plates options from cast, to rubber coated through to coloured bumpers. From power racks and lifting platforms to dumbbells and medicine balls our commercial ranges are manufactured to high standards and with large stocks held in our UK warehouse we can supply equipment quickly. Our commercial showroom displays our complete commercial range and can be viewed by invitation.

In the UK we operate three strength and fitness brands. York Barbell is our famous commercial strength and conditioning brand, York Fitness for home gym ranges and BBE (Britannia Boxing Equipment) for boxing. If you wish to view our full ranges head to the York Fitness website.